From Kim K to Iggy Azalea, where is the line drawn between Appreciation and Appropriation?

We see it every day.

From Kim Kardashian’s ‘braids”, Kylie Jenner’s lip injections to Post Malone’s invasion of the rap world, black culture is appropriated in all aspects of pop culture.

While women of European descent are praised for their ability to “invent” new trends, the trend of appropriation is one that is long from new.

It’s prevalent in today’s music trends than before, with African-American artists taking a back seat on a worldwide platform to artists like Ed Sheeran and Adele that perform the same type of music.

However, there is a double standard in place.

When Coldplay and Beyoncé dropped “Hymn for the Weekend”, publications went for the jugular.

Headlines read “Coldplay and Beyoncé’s new video is cultural appropriation”, criticizing the artistry of the song and video while publications made an attempt to crown Iggy Azalea 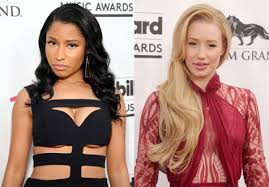 ­-white Australian woman who’s style copies that of black hip-hop artists like Nicki Minaj and Trina- as the new queen of hip-hop a.

How is this possible–that the blatant cultural appropriation of black culture and hip-hop is not called out by these major publications that took aim atColdplay and Beyoncé?

Marlon Green, an LSU communications graduate and radio personality at CMURadio.com, said it’s because black culture is not “exotic” in the eyes of most.

“I believe that as long African Americans lack knowledge of the richness of our culture we will never be able to challenge others that use pieces of our culture for gain. At the end of the day it’s the lack of awareness of other cultures that makes us less likely to understand or defend other cultures. People are going to defend what’s convenient to them. For example, you don’t see a large amount of Asian Americans defending the Native American views on their culture being mocked in sports teams’ logos. That doesn’t mean that Asian Americans would be ok with their culture being mocked in team logos, but because they don’t have that current issue, they may not see the value to fight that battle.”

An argument that is commonly made to defend the publications that spew the outrageous rhetoric is that they “appreciate” black culture.

Torregano, better known as Dappa, said lines can be blurred when crossing into appropriation but appropriation itself isn’t a terrible thing.

“I think appreciation turns into appropriation when the culture isn’t given the proper credit or the respect it is due. In hip hop, I see a lot of people on the outside that want to be a part of the culture, but don’t even know the history of the culture itself.  I don’t think that culture appropriation is necessarily a terrible thing. If it

wasn’t for cultures blending then we would not be shared by the rest of the world. I like to think of it as contributing and not theft. Yes, there is a line between appropriation and appreciation. I think artist know when they are stealing something.”

However, Green points out that there is a visible double standard in place.

“I don’t mind white rappers or white swing jazz/blues musicians, but when they act as if the music they are performing is solely derived from their culture, then it becomes a problem. It’s also a problem when someone of the culture gets ridiculed for their music but someone outside of the culture gets praised for singing the same type of music

A big piece of the appropriation bubble is white privilege.

This privilege is a social construct that plays a champion role in the argument that cultural appropriation doesn’t exist.

Dappa believes that some may not have a good understanding to what the term means in general.

“I don’t think your average white person even understand what cultural appropriation is. To us, Hip Hop is a culture, to them it’s just music.”

“Because it’s cool. I mean really, we are the new rock stars. We wanted to be mainstream and now we are. We are no longer hip hop, we are pop….POP just stands for popular music. Our culture also comes with fashion, a different language or slang, even the way we think is hip hop. It’s super cool and everybody wants in on it. I mean I don’t really see too much of a problem with it.  Hell, black people been dressing like and doing European things for years (to fit in), I think it’s cool that the whole world want to dress and act black. Well, until it’s time to actually be black. Like the comedian Paul Mooney said, ‘Everybody wanna be a nigga, but don’t nobody wanna be a nigga’,”

As Green points out, though, this is something that is far from new.

“I don’t believe it’s a new norm. You have [biopics] such as The Temptations, Cadillac Records, Dream Girls, Five Heartbeats [and others] that had a recurring theme of culture appropriation.  Although some movies held fictional elements, we still constant see that their music was somehow taken and rescued by white people.”

Although cultural appropriation can get ugly in the media, both Dappa and Green agree that artists should be able cross over cultural lines as far as their creativity allows them to express their art.

As long as they stay true to themselves and give credit where credit is due, of course.

“I believe it is extremely important for artist to deeply cross cultural lines to express themselves as long as they are giving the proper credit and awareness of the other cultures.  Music is a large platform and opportunity for people to teach others about other cultures. If I am African-American and I only listen to hard rap, but then my favorite rapper samples Bach in their music, then that allows me to be exposed to music outside my culture norm,” Green said.

Being exposed to the different sounds and views of different cultures can prove to be beneficial in many different ways.

It is when the culture is appropriated and exploited for monetary gain that the lines become blurred, and the problem begins with cultural appropriation

Ten20 Magazine is the flagship publication of Genius Brand Inc, a multi-media and publishing company.